Vintage motocross has experienced an incredible growth since its inception back in XXXX. But the 2008 Duel in the Desert at Speedworld opened up an entirely new world for the sport, and riders came from all over the US to participate in the Inaugural event of the fledgling National organization. Formerly known as the Arizona Vintage Dirt Racing Association, it's now theAMERICAN Vintage Dirt Racing Association. This event kicked of what promised to be a peaceful revolution that will spread across the country, bringing great vintage/later-year vintage racing, a fair set of rules for all, and a sanctioning body that welcomes change for the better.

One of the big difference in the Vintage sanctioning organizations is that the AVDRA believes that the youngsters are important, too; after all, they're the future of the sport. Since most kids seldom have the chance to ride a Vintage or GP bike, AVDRA runs a class for kids, on either Vintage or modern bikes. In addition, modern bike classes are run at every AVDRA race both to give family members without a Vintage bike some racing time, and for the Vintage riders who also ride modern bikes a chance to race more. A good example is the Swanson family from North Platte, NE. They left there at -7° and drove 20 hours through the snow and sleet, detouring around Flagstaff through Las Cruces, NM to get to Speedworld. Father Tim, older son Hunter and younger son Eric had a blast all weekend: the only thing they didn't race was the Trials, and they arrived on Wednesday and rode two days of practice too! More on the Swansons later.

The weekend started off Friday with the Cross Country. About 50 riders took to the desert portion of the Speedworld Grand Prix track, which wends its way through the "South 40" of the huge facility. Dave Coupe won both of his 1-hour Expert races, and Matt Howard won GP Novice (largest individual Cross Country classes) over Anthony Davis and Michael Wadding.

dawned clear, sunny and eventually warm - 75° in mid-afternoon. It was superb racing wea-ther, on one of the most popular vintage motocross tracks in the nation. This year, the track was even better due to the large amount of rain received during the previous 10 days. Only one short water break was needed, just to ensure a dust-free track. Nearly 170 rider competed on the GP (later-than-vintage bikes) day, with Vintage Trials following the motocross and Vintage Flat Trackin the evening.

Dave Coupe from Northern California took all the Expert classes he rode again this year, although it was interesting to note that he avoided the 125 classes where mechanical issues had surfaced last year. When asked about the bikes he had ridden last year, Dave laughed and said "they're still sitting in the shop, I haven't touched them." He didn't appear to miss them, riding well and collecting 3 first places. Among his challengers were "The World's Fastest Mexican," Arizona's own Carlos Serrano, who told Promoter Dave Boydstun "I've only got 10 laps in me, so I haven't done any practicing." Maybe so, but Serrano rode well in both his classes, with a best finish of 2nd in the 50+ Expert (behind GP Cycles-sponsored George Marshall. Third wasJoseph Martin, completing a Maico sweep of the podium.

The largest class on Saturday was the 50+ Intermediate, where 15 riders took to the field.Tommy Luera (who had ridden to a win in the first moto of the day on his GP3 125 machine) was unstoppable on the bigger bike, taking the lead early and pulling away for the win. Behind him, Barry Anderson, riding one of Dave Coupe's Maicos, went 2/2 for second and Glen Barfnecht rode hard to stay in front of Jim Rike's Yamaha for third.

11 riders entered the GP2 500 Intermediate class, and although Brian Essary made his 1/1 win look easy, behind him things got interesting. Ed Kavanagh went 2/3 in his motos to edge out Barry Anderson for second; Anderson tallied a 4/2 for third. Once again, all were on Maicos. Scott Coons rode his Suzuki to fourth with a 5/4 and fifth was Craig Wilson on yet another Maico with a 6/5. Lots of good racing in this one!

The Vintage Trials was after the GP MX on Saturday, with the competitors riding in and out of the sand wash located where the old motocross track was located. Scores were high, as it was very trick terrain, but nobody was complaining as things were the same for everyone. AVDRA'sTom Rogers rode his Montessa to the Vintage TwinShock win, after fiddling with the carburetor all morning long. Michael Majchede was the Expert winner with the low score of the day at 17. In Intermediate (the largest class), Dan Straka eeked out a 1-point margin win over Fred Mortinson (18 to 19) with Eric Hodgins' 30 points placing third. Eric tied with BobStrolfman but took the spot in the tiebreaker.

Sunday was Vintage day, for the '73 and earlier machines, and it was another Chamber of Commerce weather day. The deep, throaty sound of old CZ's, Huskys & Maicos filled the air, and life was good. Bob Hicks, who rode the most classes of anyone this weekend, started the day off with a win in Vintage 125 Expert. Scott Davis gave him a good run for a few laps, but Hicks pulled away on lap 3. Intermediate Joseph Martin from Colorado put his Hondasaki into the top group every moto, showing some great riding skills. Hicks and Dave Coupe put on some great battles all day, with Coupe always coming out on top (but not without Bob working him hard.)

The Vintage Open Age Novice class was really interesting. Among the competitors was the entire Swanson clan from Nebraska: Tim and Hunter on Maicos, and Eric (just turned 16) on a Honda. In the first moto, Eric tried every way to get and stay around his dad Tim, who led most of the race except for one short period when Eric managed to get around him briefly. Dad got back around and they finished 1 & 2, with Jim O' Sillivan in third.

Between motos, I cornered Eric and told him it was neat seeing a youngster race so hard with his dad, and told him that if he could win the second moto, I'd feature it in the paper. That got his attention! When the gate dropped, it was obvious that Eric was highly motivated, and he ended up winning the moto and the overall. I don't know who was prouder - Eric or Tim (although Tim wasn't about to admit it!) O'Sullivan was solid in third.

'Uncle' Bill Ramsey, owner of The Motorcycle Accessory Shop in Mesa rode a bunch of classes during the weekend, but his finest hour came in Dino(saur) 250 Intermediate. Why? Well, it's not everyday that a Jawa street bike (basically) can beat the world's loudest dirt bike - the open straight-piped Greeves of Kenny Meeks. The really loud Greeves took the first moto, but in the second, Ramsey's ears must have gotten tired of ringing, and he pulled off a great pass coming out of the corner past the finish line and held on for the win. Like many of the racers who rode multiple classes, Bill was a little stiff coming up to receive his trophy from the World's Oldest Licensed Motorsports Racer, Spike Warden, but shrugged it off.

Warden was the AVDRA honoree on Sunday, and it was great having him as our "Trophy Boy". I think he got a kick out of it, too. A Navy veteran who saw combat during WW2 on the escort carrier USS Hancock, really wanted to take a lap (or five), but he'd recently had a skin cancer removed from the top of his head. "My doctor said I could go riding," he explained, "so long as I didn't have a helmet on. I sure want to take some laps!" Spike is a real character and a great person - we're very fortunate to have him participating at 96 years old! True story!

As both the Awards ceremony and weekend came to the close, there were plenty of "what a great weekend" and "so much fun" conversations going on. The next AVDRA Western States National Series event will be at Milestone Ranch MX Park near Riverside, CA on March 8 & 9. Can't wait!

Update for Pat's Thunder in the Valley Race Sunday September 16, 2018 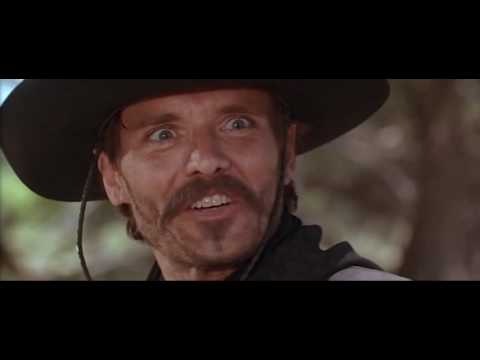